This post may contain affiliate links, that I may receive a commission from if you click the link. This doesn’t affect your price and helps support this blog, thank you!

Caring about how to reduce EMF exposure, all started with my mom. It is super common for parents to hand their cell phones over to a fussy child, but after my mom showed me a video I couldn’t bring myself to do it.

Pre-video I use to sit for hours on end doing laptop work with it, resting on my big pregnant mom.

But that soon changed, see my mom terrified me when I was pregnant with a video showing a child’s brain glowing after playing on a cell phone.

That stuck with me and has caused some awkwardness when well-meaning parents hand their cell phone to my fussy child, and I hand it back.

In dental it’s taught kids are more sensitive to dental radiation than adults. But what about EMF’s? There isn’t much research on EMF safety.

But there is enough evidence to cause alarm, like the group of healthy firefighters that fought to change the law after developing brain abnormalities from exposure, more on this in a few.

Although EMF safety is debated, there is enough evidence to warrant taking steps to reduce emf exposure to protect your health from these bad energies. Before I get to this let’s define what an EMF is.

Low-frequency electromagnetic radiation is what we are talking about, that we are bombarded with daily.

There are extremely low EMFs below 3,000 Hz,  which are things like: high-voltage transmission lines, wiring in our houses, and so on.

Cell phones, smart devices, wifi, 5g, and such are also low-frequency EMFs, but are between 30 kHz to 300 GHz range.

Are EMFs that bad?

The fact is that not much research has been done on low EMF safety and our exposure is ever increasing.

A study in rats exposed to RF-EMF for 5 weeks developed rapid eye movement while sleeping, changes in skin temperature, and increased food intake. This shows EMFs have the potential to alter biological processes.

Back to the firefighters, In California a group of firefighters fought after a 2g cell tower was placed near their station. These men were exposed for 5 years, some started developing symptoms immediately. In time all these healthy men became very ill.

The wireless carrier explained the tower was below FCC limits. In fact, the tower tested at 1/1000th of the FCC limits!

So even though their exposure was very small, these healthy men became ill.

All 6 men developed brain abnormalities visible in a brain scan and symptoms, that included:

All symptoms found in many diseases making it hard to trace back to EMF. The firefighters fought and created law AB57, which provides firefighters with an exemption from cell towers placed on or near their facilities.

Who is susceptible to EMFs

If it can make a bunch of hard working physically fit firefighters sick, imagine the toll it can take on the weaker.

In dental we are taught that x-ray radiation is most harmful to children because of their thinner skulls, a greater ratio of cerebral fluid, which increases absorption and penetration of harmful waves. Plus kids are still developing. Their cells are dividing which can be impacted by harmful energies.

There isn’t research to claim that EMFs are safe, but there is enough information to be concerned. Personally, I have a family member that if they sleep near a wifi router it sets off their seizures.

EMF Protection for Home and Work

Short of living like a pioneer in a remote cabin, which I admit fresh mountain air sounds wonderfully intoxicating right now, it’s not a solution for most of us. But limiting and shielding ourselves from exposure is doable. Here are the steps my family has taken, some of these things can be used to reduce your exposure at work too

Every night we turn off our wifi router and power to the wifi dish on our roof. I am horrible at remembering to turn it off, so I bought a convenient programmable power strip that turns it on and off at a set time.

I have a friend, with PTSD and insomnia, his room was adjacent to a router. He reported his sleep improved after committing to turn off the router every night.

A stone found in Russia said to provide protection from EMFs. There are some Youtube videos showing it disrupting emf readings from routers. While I can’t attest to its effectiveness, I have been making wire wrapped pendants with Shungite.

A fun project of making functional jewelry, in hopes, to reduce EMF exposure while out and about away from our home.

You can find pretty handmade shungite jewelry on Etsy or buy raw shungite and make your own. The most effective shungite is said to be elite aka noble, elite shungite is brittle it can not be shaped. If you find sculpted shungite then it’s believed to be less effective.

While this is true with all things, the best defense is a strong resilient body. Mineralization is found to protect and aid in detoxing us from pollutants like heavy metals and radiation, these are the mineral drops our family uses to support overall health. Eating a clean diet, mineralization, and healthy habits lead to greater overall resiliency.

There are personal emf blocking devices, small stickers that shield emf frequencies. I have two of these and they are so easy to use and last forever as long as you don’t break them.

When I was in the midst of looking into ways to reduce EMF exposure in our home, serendipitously Airestech reached out to me and offered me 2 EMF shielding devices.

I have been using their Aires Shield Pro for nearly two years. There is one on my cell phone and on a card I can move around to my other devices.

And, I keep the one on my laptop when I have a bunch of computer work to do, and in front of our SmartTV when we cuddle up at night.

Their technology reduces the harmful effects of electromagnetic radiation emitted by all our devices.

They pretty much work on everything including; wireless earbuds, smart tvs, baby monitors, routers, cordless phones, cells, computers, and more. It is compatible with LTE, 5g, wifi, bluetooth, mMW, and it doesn’t disrupt the devices.

What is an EMF blocker?

The Aires Shield is a microprocessor about the size of a thumbprint, that sticks wherever you need it.

The little microprocessor neutralizes the energy by restructuring the EMFs minimizing their negative effects.

It does so without disrupting the function of our devices. I am not going to pretend to understand how it works, you can nerd out on that here.

How do you know if it works?

The small sticker seems too inconspicuous to be effective, but check out these brain scans from AiresTech showing the difference between using a cell phone with and without their emf Shield.

А — before operation of the mobile phone

В — during operation of the mobile phone

С — during operation of the mobile phone with an Aires Shield

They even make these shields as dog tags to protect our pooches. I might just get one to put it on my kid too!

How long does it last?

When reaching out to the company, they explained that as long as the structural integrity is intact it will continue to work. So it doesn’t stop working unless it gets damaged.

If you are having strange and vague symptoms, consider taking steps to reduce EMF exposure, like…

While I believe the absolute best option is avoidance altogether, that’s not really an option for most of us.

So, you betcha I have slapped the Aires Shields on my phone, laptop, and smart TV, along with turning off my wifi and getting plenty of outdoor time to rebalance and stay healthy.

We way underestimate the impact of energies on our body. Since they are invisible to our eye, it seems we dismiss and forget that we are energetic beings that are affected by outside energies for better or worse.

For a mind-blowing read, dive into George Lakohsky’s work during the WWII era and his energy resonator device, which I believe is the closest cure we have ever come to cancer.

Now more than ever we are flooded with bad energies that are hard on our health. Many of the symptoms are subtle and trying to flush out a single cause in our modern onslaught of toxins is difficult. Taking steps to limit emf pollution is one more way to protect our health.

Teach Your Preschooler to Write Their Name

8 Reasons Why is My Hair Falling Out and Thinning 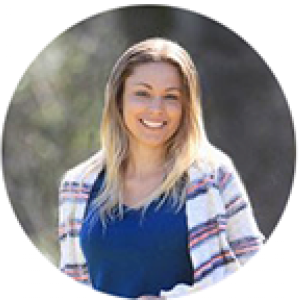 Hi, I'm Amber I like sharing & teaching others simple clean living to enjoy greater wellness. If I'm not here then I am likely out in the garden or messing up the kitchen Stay Inspired - Amber

If you need some family fun games at home. Check out my new site for printable fun & ideas.

Feel Great Inside & Out

Gratefully, nature is intelligently designed to provide for our needs.

If you believe this too, join the community and get more…